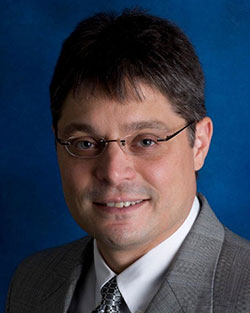 Mr. Carter has been in private practice for nearly 20 years and has litigated million dollar civil cases, collecting over two million dollars in verdicts in the areas of personal injury, real estate disputes, breach of contract, wrongful death, and medical malpractice. Mr. Carter has handled cases in over 40 counties throughout the state of Illinois. For the last 10 year years, Mr. Carter has focused on criminal defense litigation including DUI, traffic, juvenile law, and all classes of misdemeanors and felonies, and personal injury cases. He has conducted jury and bench trials in a majority of the above referenced areas of law at the circuit court level. Mr. Carter has personally handled over two thousand criminal defense cases. In the last decade, Mr. Carter has lost only 2 trials, while averaging four to five criminal trials per year.

Further, Mr. Carter has experience arguing in front of the Fourth District Appellate Court and Federal Court. Attorney Carter has appeared in the courtrooms of numerous Judges in Central Illinois Judicial Districts and has earned a reputation as a respected and knowledgeable criminal defense attorney. One benefit of frequently appearing in the same Central Illinois courtrooms is having knowledge of the routines and common practices for both the Judges and prosecuting attorneys, which can be an advantage for pursuing negotiations and devising a trial strategy.

Every case is different and Attorney Carter is committed to aggressively defending each of his clients with his expertise and experience. After a complete review of your case, Attorney Carter will advise you on the best way to move forward with your defense. You can rest assured he will not simply push you towards the first plea arrangement offered by the State and every option for your defense will be explored. Attorney Carter has obtained favorable results for clients by negotiating reductions of charges, securing sentencing alternatives which avoid a permanent convictions on a record, and obtaining not guilty verdicts at both bench and jury trials.

Through his educational and athletic dedication, Robert Carter earned a full scholarship to the University of Kentucky where he began his undergraduate work. Mr. Carter completed his undergraduate studies by accepting a full scholarship to Southern Illinois University. Throughout his career, Mr. Carter was a member of the Sigma Pi Fraternity and was a Student Athletic Advisory Board Committee Member. He was elected the Freshman Track and Field Athlete of the Year, was a TAC National 800 meter Track and Field Champion, a two time AAU National Indoor 1000 meter champion, and a member of the 1991 and 1992 Triple Crown Missouri Valley Conference Team Champions. Mr. Carter received his Bachelor’s degree from Southern Illinois University in 1993.

Mr. Carter has a history of dedication and success in whichever area of focus he chooses to pursue. From being a National Track and Field Champion, to being a criminal defense attorney with an unmatched trial winning percentage, Mr. Carter will give your case the individual time and commitment that it deserves.